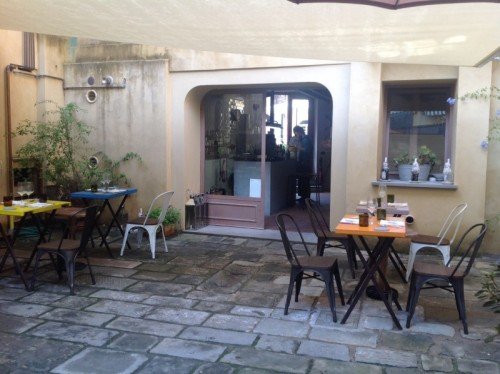 This restaurant is literally called, the “Flavor Workshop.”

A difficult name to translate but I think the owner did this on purpose because it says exactly what he wanted to achieve in this amazing place.

Iacopo di Bugno, one of the owners of the restaurant, together with his partner Tomasso Martelli, have given Lucca another truly innovative restaurant concept.

The restaurant opened in May 2014.  With their “cook” Damiano Donati who does not like being called a chef, they have put together monthly menus which are based on fresh seasonal ingredients whose flavors are not hidden by sauces or creams; “you eat what you see”.

Iacopo began his career as a journalist with Rizzoli in Milan.  After writing about society and customs, he ended up concentrating on culinary experiences, which led to his becoming a judge for the RAI TV program  “Prova del Cuoco: Trial of the Cook.

From there he was sent by Rizzoli to do an article on the wines of Argentina.  He was so enthralled with Argentina that, together with a friend of his and Alberto Antonini (a reknowned  oenologist), he founded a vineyard in 2005, “Ave Wines”.

Their major wine is made from the malbec grape. In 2010 Wine Spectator voted their Ave Premium Malbec Best Buy of the year from Argentina. They also produce a Cru- Ave Memento which is a blend of many grapes from the area which come from a vineyard that is over 100 years old. 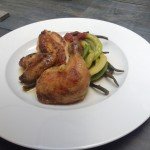 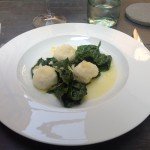 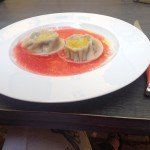 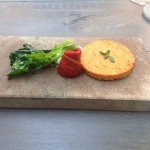 Ironically, Iacopo only uses Italian wines (for the moment) in his restaurant, but by the end of October he will carry wines made from Italians living in various parts of the world.

But let me go back for a moment to Damiano, the cook.  This amazing young man was voted “chef most likely to succeed” in 2012 by Gambero Rosso.   He has worked with some of the best chefs in Italy, but he happens to be a very humble person, and, in this business, that is hard to believe!  He actually took off a year to become a “farmer,” milking the cows, plowing the fields and basically transposing that knowledge to the meals he serves in the restaurant.  It was his idea to concentrate on using the “farmer” concept; cooking with fresh seasonal vegetables and not  using anything produced in a greenhouse or imported.

Iacopo’s ideas keep evolving and he wants to use the working title of the restaurant to its limits. He is going to invite other chefs to work alongside Damiano; painters and sculptors, writers, etc., all to gather in one spot to exchange ideas and food and in March of 2015 he will begin cooking classes.

This is a place where you will want to do more than eat. In this “flavor workshop” you will find a constant evolution of change as Iacopo, Tommaso and Damiano will not be resting on their laurels!